Home > Latest News > What Is the Difference Between Salsa and Merengue? 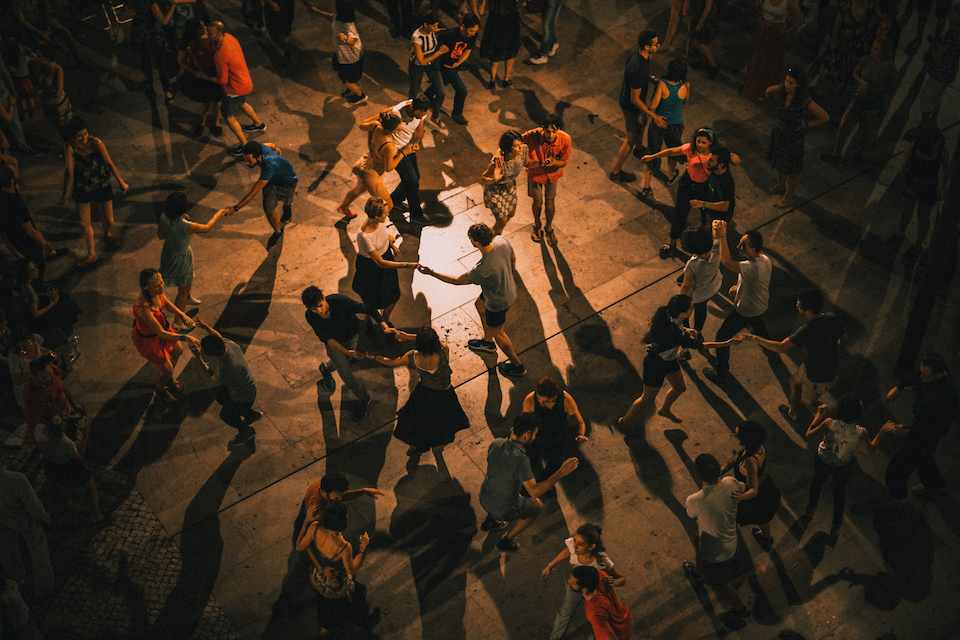 The differences between salsa and merengue are complex. While both types of music have similar roots, their current forms are quite different from each other. Salsa is a type of Latin rhythm that originated in Cuba during the 1970s. Merengue comes from the Dominican Republic. If you are new to Latin music, it can be difficult to tell salsa and merengue apart. While it may seem that the differences between these dancing styles are minute, there are actually quite significant. The key to differentiating salsa from merengue is to understand what each of these styles represents.

Salsa has its roots in Afro-Cuban culture, but over the years it has developed into more modern dance with clear influences from New York. People of all backgrounds love to dance salsa because of its fun, high-energy vibe. Merengue is more traditional and particular to Latin American countries including Dominican Republic, Haiti, Cuba, Guatemala, Colombia, and Nicaragua. The word “merengue” comes from the indigenous Taino language of Hispaniola (the island that now forms Haiti and the Dominican Republic) and translates to mean “old-fashioned dance.”

Perhaps the most important difference is in the basic steps. While both forms of Latin music use similar moves, they are executed in different ways. Salsa is danced with hip movements and rhythmic footwork which make it lively and engaging to watch. Merengue dancers typically dance at a slower pace with the feet placed almost parallel together.

The merengue steps are made up of two bars of music, with each taking 8 counts. It is danced, with weight always on the same foot, as limping steps. Salsa, on the other hand, has a total of six steps. In this case, you would move your feet on beats 1 through 3 with a pause on number 4. You would then step again on beats 5 through 7 and make a pause on beat 8.

The Origins Of The Differences

Salsa developed out of Cuban Mambo. There are several styles of this dance, but the most popular is danced to salsa music. The foundation for this style was laid in the 1960s and 70s when New York-based Puerto Rican immigrants combined elements of traditional Cuban folk dances with Afro-Cuban Son (a typical Cuban rhythm). Over the next few years, salsa spread throughout the Hispanic world and Europe.

Merengue has roots in African slave dances mixed with European influences, specifically French contredanse. When the slaves were brought to Haiti, they continued these folk dances; however, when they arrived in the Dominican Republic, they merged Spanish-style zapateo from Andalusia with the Haitian dances to create a new form of music and dance that would eventually be called merengue. Merengue became a way for African, European, and Indigenous people in the Dominican Republic to express themselves.

Major Differences Between Merengue and Salsa

As we saw above, the basic steps of salsa and merengue are very different from each other. The merengue step is a simple two-bar pattern with a pause on beat number four while the salsa step has six distinct moves in a pattern that takes three bars to complete.

Another major difference between these types of Latin music is in the way that they are structured. Salsa is six bars of four beats while merengue is two bars of eight beats. In other words, salsa songs have 32 beats while a merengue song has 64. Because of this difference in structure, it takes salsa dancers more time to execute their moves while merengue dancers can dance twice as long.

Salsa is danced to salsa music, but it may also be done to other Latin styles. Merengue is always performed to merengue songs that are typically composed by a professional musician.

Without a doubt, salsa is the most popular of these two styles of Latin music in the United States and around the world. Merengue has its fans in Latin America but it’s not as well-known outside of that geographic area.

Want to discover the main differences between salsa and merengue? Well, choosing between these two styles of Latin music is a matter of personal taste. If you love fast-paced dance moves, then try out some salsa classes near you. Just remember that these are not interchangeable terms for different types of salsa dancing. They are completely separate styles with distinct characteristics.

The lessons we offer here at the Fred Astaire Durham Dance Studio are a great way to learn more about what makes these dances unique. We have instructors who are passionate about this style of dance and they will be happy to share their knowledge with you. All you have to do is get in touch with us today at 919-489-4313 or fill out the form below.